Posted by Lisa Christianson at 1:02 PM 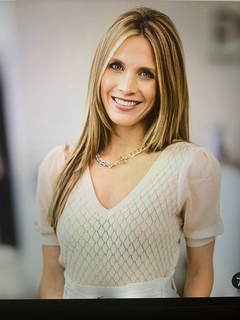 Some of Wesley Uthus’ first memories as a child revolved around clothes; she’d make her own Barbie outfits and dress up with her sister and friends. Her first love was fashion. And it was her niche. At the age of 16, she landed her first job at Land’s End where she got a taste of the retail world and everything it entailed. As fate would have it, she would be absorbing several skills she’d carry along with her career as she would soon become the Founder and CEO of a women’s retail clothing chain.

“I learned so much there in customer service and dressing people that weren’t at all my style. And selling product. I really learned a ton being in that setting and really loved it. I knew I wanted to continue to work in retail throughout my college years,” Uthus said.

While earning a degree in Fashion at the University of Minnesota, Uthus continued working in the retail space at Abercrombie, Banana Republic, and Len Druskin. Soon in 2008, she was a college graduate in an economic recession, trying to find a job, yet it seemed like nobody was hiring in the Fashion Industry.

“I was just waiting tables and trying to figure out what I was going to do with my life. I met a friend who also had a degree in fashion and we were both trying to find our way. Really spontaneously we came up with the idea of Primp. She and I felt like there was nowhere for us to shop that was affordable but still a boutique…we wanted to shop somewhere that felt local, felt unique, felt high-end, but we could afford everything,” Uthus said.

From then, Primp was born. Their next step was finding financing. Although in 2008, it proved to be more of a challenge than usual as no banks were eager to lend money. Together, they were able to wrangle $16,000 and were at the mercy of any landlord willing to rent a space to them. Remarkably, a landlord with a perfect space on the corner of Selby Avenue and Dale Street in St. Paul was Primp’s first home.

“We signed a two-year lease with a personal guarantee…so we had to sell 6 dresses a day for two years to make rent. That was the deal. It’s so funny reflecting back on that. Gosh, we were so lucky. We had no idea what we were getting into and how that space would allow us to grow and develop the brand,” Uthus said.

With people lined down the block, Primp’s grand opening proved to be a huge success as every piece of inventory was sold. Uthus and her husband ran to the bar next door, maxing out their credit cards, and overnighting more inventory as Primp was still open for business the following day. A month into opening Primp, Uthus and her partner knew they hit the jackpot and expanding was inevitable.

A year after opening their first store, The Shops at West End was home to their second location, and a third store opened in downtown White Bear Lake. At their height, a total of nine stores spanned across the Twin Cities, and Primp crossed state lines to Sioux Falls, South Dakota. While the expanding business proved much success, challenges popped up along the way.

“Hiring the internal management was definitely the hardest part, but also the most rewarding. Finding the right people that know what they’re doing but also want to work for a small growing business…it was a lot of trial and error and finding what kinds of positions were necessary, and what kind of people should fill those positions,” Uthus said.

At the end of 2018, Uthus became the sole owner of Primp as her partner sold her shares. Primp was in a great position with a total of seven stores and roughly 60 employees; not knowing the Covid years were looming around the corner, Uthus navigated the growth of Primp’s e-commerce business and was determined to make 2020 one of the best for her business. Like everyone else, Covid hit her business hard forcing her to furlough all her employees, close two stores, and fulfill all online orders by herself…all while pregnant with her third child.

“It felt like too much…so I just took some time off and by the time I came back I think I was ready to really face what needed to happen in terms of looking at my stores and looking at the brand, employees, and try to put it all back together,” Uthus said.

From its humble beginnings in St. Paul, Uthus knew Primp could handle adversity. “I think we’re stronger than we’ve ever been. We’re in a better position financially having gone through all of that,” Uthus said.

Wesley proved her grit by growing her business, but her first love of fashion is what keeps her and the store going.

“Part of the event in college, is your getting ready, your sharing clothes, getting ready together. You’re drinking wine and you’re primping!...Now, you’re going to a wedding or family pictures. We really want that comradery and it’s what we need right now,” Uthus said.

Right now, Primp is clearing out winter items for 50% off and will have resort clothing for travelers jet-setting to warmer temps.

To listen to the podcast in its entirety, click here!